Posted by Unknown No comments: Links to this post

Java Tutorial or Core Java Tutorial or Java Programming Tutorial is a widely used robust technology. Let's start learning of java from basic questions like what is java tutorial, core java, where it is used, what type of applications are created in java and why use java.

Java is a programming language and a platform.
Platform: Any hardware or software environment in which a program runs, is known as a platform. Since Java has its own runtime environment (JRE) and API, it is called platform.

Let's have a quick look at java programming example. A detailed description of hello java example is given in next page.

Where it is used?

According to Sun, 3 billion devices run java. There are many devices where java is currently used. Some of them are as follows:

There are mainly 4 type of applications that can be created using java:

It is also known as desktop application or window-based application. An application that we need to install on every machine such as media player, antivirus etc. AWT and Swing are used in java for creating standalone applications.

An application that runs on the server side and creates dynamic page, is called web application. Currently, servlet, jsp, struts, jsf etc. technologies are used for creating web applications in java.

An application that is distributed in nature, such as banking applications etc. It has the advantage of high level security, load balancing and clustering. In java, EJB is used for creating enterprise applications.

An application that is created for mobile devices. Currently Android and Java ME are used for creating mobile applications.
Posted by Unknown 1 comment: Links to this post 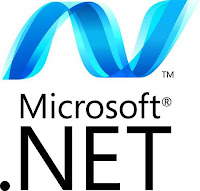 The Portable Class Library project in Visual Studio 2012 enables you to write and build managed assemblies that work on multiple .NET Framework platforms. Using a Portable Class Library project, you choose the platforms (such as Windows Phone and .NET for Windows Store apps) to target. The available types and members in your project are automatically restricted to the common types and members across these platforms.

The following features and improvements were added to the common language runtime and to .NET Framework classes:

In the .NET Framework 4.5, new asynchronous features were added to the C# and Visual Basic languages. These features add a task-based model for performing asynchronous operations. To use this new model, use the asynchronous methods in the I/O classes. See Asynchronous File I/O.

The .NET Framework 4.5 provides several new features and improvements for parallel computing. These include improved performance, increased control, improved support for asynchronous programming, a new dataflow library, and improved support for parallel debugging and performance analysis. See the entry What’s New for Parallelism in .NET 4.5 in the Parallel Programming with .NET blog.

The .NET Framework 4.5 provides a new programming interface for HTTP applications. For more information, see the new System.Net.Http and System.Net.Http.Headers namespaces.
Support is also included for a new programming interface for accepting and interacting with a WebSocket connection by using the existing HttpListener and related classes. For more information, see the new System.Net.WebSockets namespace and the HttpListener class.
In addition, the .NET Framework 4.5 includes the following networking improvements:

In the .NET Framework 4.5, Windows Presentation Foundation (WPF) contains changes and improvements in the following areas:

In the .NET Framework 4.5, the following features have been added to make it simpler to write and maintain Windows Communication Foundation (WCF) applications:

Several new features have been added to Windows Workflow Foundation (WF) in the .NET Framework 4.5. These new features include: